God and Evil: A Panel Discussion

Earlier this semester, Mark Lanier, founder of the Lanier Theological Library in Houston, Texas, invited me to participate in a panel discussion on God and Evil. The discussion focused around a book by Udo Middelmann, The Innocence of God. Middelmann is the President of the Francis A. Schaeffer Foundation, a subtle Reformed theologian, and the son-in-law of the great apologist.

The Lanier Theological Library has posted the video of that panel discussion here:

It was a pleasure to explore some of the important issues surrounding God's sovereignty and human responsibility, such as anthropomorphic language, Calvin and Calvinism, time and space, God's self-limitation, etc. If you are in Houston, I highly recommend that you find time to visit this fantastic library, whose director, Charles G. Mickey, has requested my help in furthering their collection in systematic theology.

It was a privilege for my wife, Karen, and I to spend two quality days with Mr. and Mrs. Middelmann, both of whom are biblically and culturally engaged deep Christian thinkers, as well as to get to know Dr. and Mrs. Lanier and the other pastoral and academic theologians and their spouses. Please stay tuned for my forthcoming review of Middelmann's book.
Posted by Malcolm Yarnell No comments: 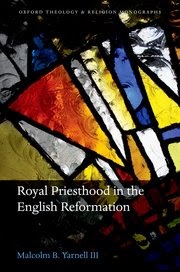