Is Nicene Trinitarianism Biblical and Necessary?

The question of both the biblical basis and the necessity of affirming the theology affiliated with the Council of Nicaea has again become a matter of discussion.
Having spent some time studying this issue, and having published my examinations in both monograph and essay form, I wish to go on record, again, of affirming Nicene Trinitarianism is both biblically grounded and necessary for Christian teachers who wish to be recognized as orthodox. (Michael A.G. Haykin, a longtime colleague of mine in historical theology, today corroborated my thoughts.)
While I have interacted only somewhat formally with the modern theology known as Eternal Functional Subordination, it seems increasingly likely the churches and their responsible theologians will be required to address these teachings more formally. May the humility of the Lord Jesus Christ, who participates without any limit whatsoever in the divine nature, will, and authority equally with God the Father and the Holy Spirit, guide his people as they do so.
The following works trace my understanding of the biblical doctrine of the Trinity and of various historic responses:
If you wish to see my lectures on the matter, please feel free to sign up for the Master's elective and/or research doctoral seminar which I teach on “God the Trinity” at Southwestern Baptist Theological Seminary. The PhD seminar will next be offered in Spring 2022.
Posted by Malcolm Yarnell No comments: 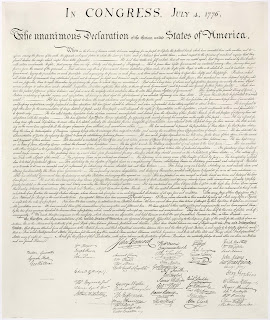 By All Means Discuss the Southern Baptist Convention, But in the Right Spirit

But the question arises: Is the co-operative work of the churches a proper subject for discussion? Certainly it is a proper subject for discussion, of broad and unceasing discussion, if it be done in the right spirit. By all means, let all our co-operative work—missionary, educational, and benevolent—be fully and faithfully discussed by all the people. But let such discussion be candid and truthful and constructive and Christian. The more of such discussion, the better will it be for every good cause. But when such discussion is uncandid and untruthful and un-Christian, when it leads to sourness and bitterness and alienations and non-co-operation, then such discussion is to be reprobated by all who care for the honor of Christ’s name and the advancement of His cause. Paul points the way for Christ’s people in his ringing words to the Galatians: “Brethren, ye have been called unto liberty: only use not your liberty for an occasion to the flesh, but by love, serve one another.” Love is the supreme inspiration and dynamic for all Christly service. “Love never faileth.” God give our Baptist people to remember, now and always, that the last word in our Baptist vocabulary is not liberty but love!