But He was pierced through for our transgressions, He was crushed for our iniquities (Isaiah 53:5 NASB)

Why did God the Father send His only begotten Son to take on our humanity in the person of Jesus of Nazareth in order to die on the cross? This is the great question regarding the atonement, a question that demands an answer. Some eight centuries before the event of the cross itself, the Father sent His Word to whisper by His Spirit into a prophet's ear part of the answer. Why would Jesus come to die on the cross? 'For our transgressions...for our iniquities.' 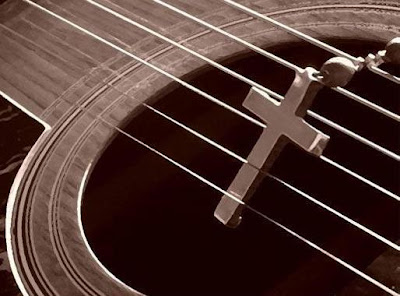 As a seminary student, my best friend, now the pastor of a very large church, invited my wife and I to watch a showing of U2's 'Rattle and Hum'. It was supposed to be an interesting movie, since some of the members of that band had identified themselves as Christians. One song struck me as quite effective and affective. The old blues artist, B.B. King, accompanies U2 lead singer, Bono, to voice confession of personal wickedness, particularly when they forsook true love in favor of crass fornication. That piece reached its climax in some profound reflections. In 'When Love Comes to Town', King joined with U2 to belt out with conviction, 'I was there when they crucified my Lord, I held the scabbard when the soldier drew his sword, I threw the dice when they pierced his side'.

Leaving the theater, I wondered whether King understood the strong theological realism he had just affirmed. Did he really understand that we were the ones who had pierced the Son of God? Did he understand that sin is universal and that sin, even when committed against man, is committed ultimately and primarily against God? Did he understand that the cross was not only a temporal event, in a particular time and place in Roman Palestine, but also an eternal event that brings all of human time into heavenly focus?

When we look at the cross from 800 years beforehand, we must weep with Isaiah, the mouthpiece of God, in the deepest of woe, 'I am undone! Because I am a man of unclean lips!' When we look at the cross on that day, we must run away and cry with Peter, the weak one who is supposed to be the 'rock', knowing that we just denied our best friend, the one we confessed only shortly before, 'You are the Christ, the Son of the Living God'. When we look at the cross two thousand years later, we must plaintively admit with all of our soul, along with B.B. King, 'I held the scabbard when the soldier drew his sword'. It is my sin that put Jesus on the cross, my sin, and I have no excuse!

However, neither Isaiah nor Peter in biblical days, nor King nor us in these days, are left without hope. Beyond the lying lips about God, beyond the traitorous denials of God, beyond the sins of the body committed against God, there is God Himself. And God Himself seeks our reconciliation. On the cross of Jesus Christ, the righteous wrath of a holy God against our utter depravity was met with the gracious mercy of a God who is love in essence. For Isaiah, the transformation from wicked sinner to victorious saint occurred when the angel flew with tongs holding a hot coal from the altar to cleanse those lying lips. For Peter, the transformation from wicked sinner to victorious saint occurred when the risen Lord once again looked directly at the one who had denied him and again committed the care of other souls to him. For King, the admission that he was at the cross participating in the slaughter of the Lord of creation was followed by the victorious proclamation, 'but I've seen love conquer the great divide'.

If there is hope for a lying prophet and if there is hope for a fallen apostle, then there is hope for a fallen music star and there is hope for you and me. Whatever your sin, know that God is reaching out to you externally through His proclaimed Word and internally through His convicting Spirit, calling you into a restored relationship with Him. In Jesus, God became a man in order to die on the cross, so that you might have your sins forgiven. Christ took the sins of all men of all time upon Himself at the cross and took our punishment for us. If you will believe, then those sins no longer need to be owned as yours. He has taken them upon Himself, and He has overcome them through His death and resurrection. Confess, repent, believe, come to life, leave the guilt behind, open your eyes in hope toward the God who forgives and invites you to a glorious eternity.

NOTE: When I was a pastor, I recognized that Baptist churches, especially those on the old American frontier, often did not make much of the Christian calendar, the exceptions being the particular days of Christmas and Easter themselves. In my free church context, the Christian calendar was and is often crowded out by primarily secular concerns: American Independence Day, Veteran's Day, Mother's Day, Father's Day, even the Super Bowl. Such secular holidays have their place, but might it be of some value if we Baptists were to make more of the specifically Christian holidays, literally treating our 'holidays' as 'holy days'?

Mind you, I am not arguing for a return to the saints' days of the old Christian calendars, though a broad appreciation for Christian history could have a memorial value to inspire us to walk with the faith of such exemplary saints as Polycarp of Smyrna, Monica of Hippo, Michael Sattler, and Dietrich Bonhoeffer. Rather, what would it be like if we in the free churches were to focus on the biblical side of the Christian calendar? What if we were to seek to integrate the biblical events more intentionally into our daily lives in order to foster a greater appreciation for the impact of the calendar on the rhythm that establishes our lives?

In that train of thought, I once encouraged my congregation to replace our annual 'revival' with a focus on the events of what is traditionally known as 'Holy Week'. Rather than starting the evangelical week of revival on a Sunday and ending on a Wednesday, we started on a Wednesday and ended on a Sunday. On Wednesday, we began with the washing of the disciples' feet. Weren't the deacons surprised when I called them up on stage and removed their shoes to wash their feet, some of them fresh from the farm! The chairman of deacons even unconsciously pulled a Peter on me and tried to forbid me from washing his feet, since he should wash mine.

On Thursday, we celebrated the Lord's Supper and reflected on the fact that God intentionally sent His only and eternally begotten Son to die on the cross for our sins. And Christ Jesus, knowing what would come next, intentionally left us the practice of the Lord's Supper for continual memorial celebration between the Last Supper and the Lamb's Supper, when the universal church first gathers with Him. On Friday, two of our hefty, young deacons brought in several large pieces of wood during the middle of my sermon and nailed together a grisly cross. The shock of deacons interrupting the pastor's sermon was one thing. The visible representation that we human beings were the ones who put Him on the cross was quite another.

On an overcast Saturday, we gathered in a somber mood to remember that on this day, Jesus' body was in the tomb as He conquered hell. But then, oh, yes, we arose early to watch the sun rise together on Sunday, resurrection Sunday, the day when history was transformed by eternity, when death was defeated, when the grave became not an end but a beginning! And our final service was on Sunday at the normal time.

The transformation of the people (and the pastor) in our attitude toward what Christ had performed during that week some two millennia ago, about which some half of the gospel literature was devoted, was palpable. And the effect on the unwritten Baptist liturgy was nothing short of revolutionary. (Yes, even the low churches have a high regard for their liturgy. We just do not typically write them down and call them liturgies.) Alongside this call for a return to integrating the biblical calendar into our free church calendar, I offer a few thoughts today, tomorrow, and Sunday, on the meaning of Easter.
Posted by Malcolm Yarnell